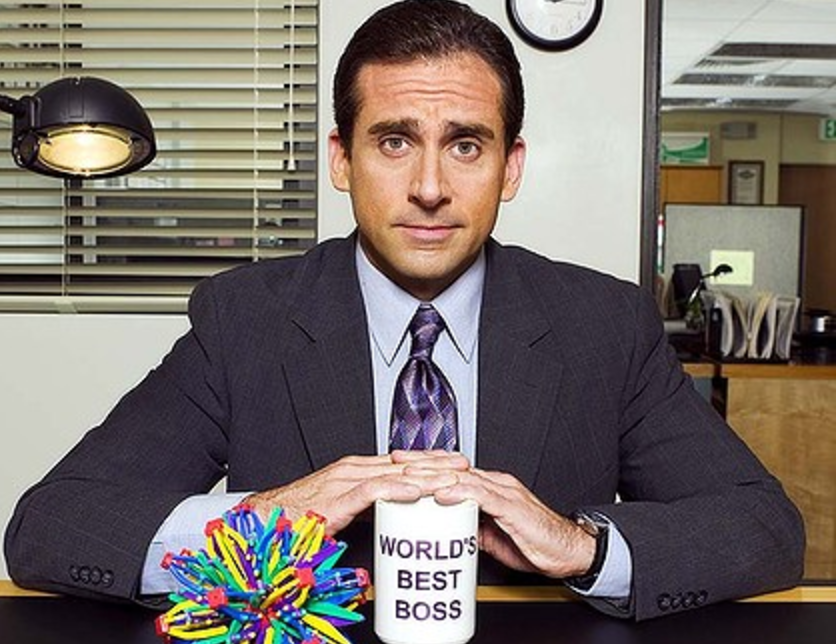 Steve Carell in The Office

What if Mark Zuckerberg, Bill Gates or Larry Ellison continued to write software code for their companies instead of taking on the leadership roles to guide their legions of employees?  Answer: Facebook, Microsoft and Oracle would all be small niche companies that only a handful of people would have even heard of.
The CEO that insisted on sitting in on every major client pitch.
The CFO that took off from Thanksgiving to New Year’s to plan the company party.
The COO who still insisted on driving the forklift around to find the best “routes” in the warehouse.
The entrepreneur who wouldn’t hand off client duties because she’s concerned they will feel neglected.
The new President of the company that insisted on carrying a sales territory.

[bctt tweet=”Someone that is busy 10 hours a day, with tasks that they have assigned themselves, will not adapt or innovate very much.” username=”dynasty_leader”]

These situations all really happened and they are all duties that could have been easily handed off to others with equal or better results.
Why do we hold onto things?
What we think in our minds:
How we feel when we are holding on to too many responsibilities:
As a leader, are you effective, or just busy?
Do you have a “daily task list” or do you have a weekly list of objectives?
A thought leader and mentor of mine, Dan Sullivan had a great line, “If you could only get 3 things done this whole week- what would they be that would still make it a success?”
General Stanley McChrystal, JSOC commander and author of Team of Teams, talked about building in “flexibility” so you can adapt and grow.  “Someone that is busy 10 hours a day, with tasks that they have assigned themselves, will not adapt or innovate very much.”
TRY THIS:
If you are sincere about leading your company, team or division to new heights, then you need to  be dedicated to delegating to others so you can take on the next big challenges ahead of you.  At Dynasty Leadership, we have a host of tools that provide you both a map and a process to get the results you have been after for years.  Check out the Dynasty Tool Box to learn more.